NUEVOFEST is proud to present Javiera Mena – a true gem of an artist – for her first ever Philadelphia performance.  Since the turn of the century, Mena has galvanized the Chilean indie scene onto a global platform with her warm electropop sound.  Wading in similar waters of Lykke Li & even Stereolab, Mena – as singer, songwriter, and producer – has steadily garnered much acclaim & praise from critics & music fans worldwide. With fat-bottomed digital pulses and heartfelt lyrics, Mena captured audiences with a groove that transcends cultural boundaries and stretches into the future of Latin Alternative Pop.  Her multilayered synths & syncopated drum rhythms create a bubbly, bejeweled carpet of sound that stretches far beyond the threads of the ‘indie’ category she was born from. Thrust into new spotlights, Javiera Mena received nominations from MTV Europe & Latin Grammys. This year, she is set to release a brand new album, accompanied by a North American tour.  With her eyes set on NUEVOFEST, Javiera is sure to deliver the magic that will amaze us all. 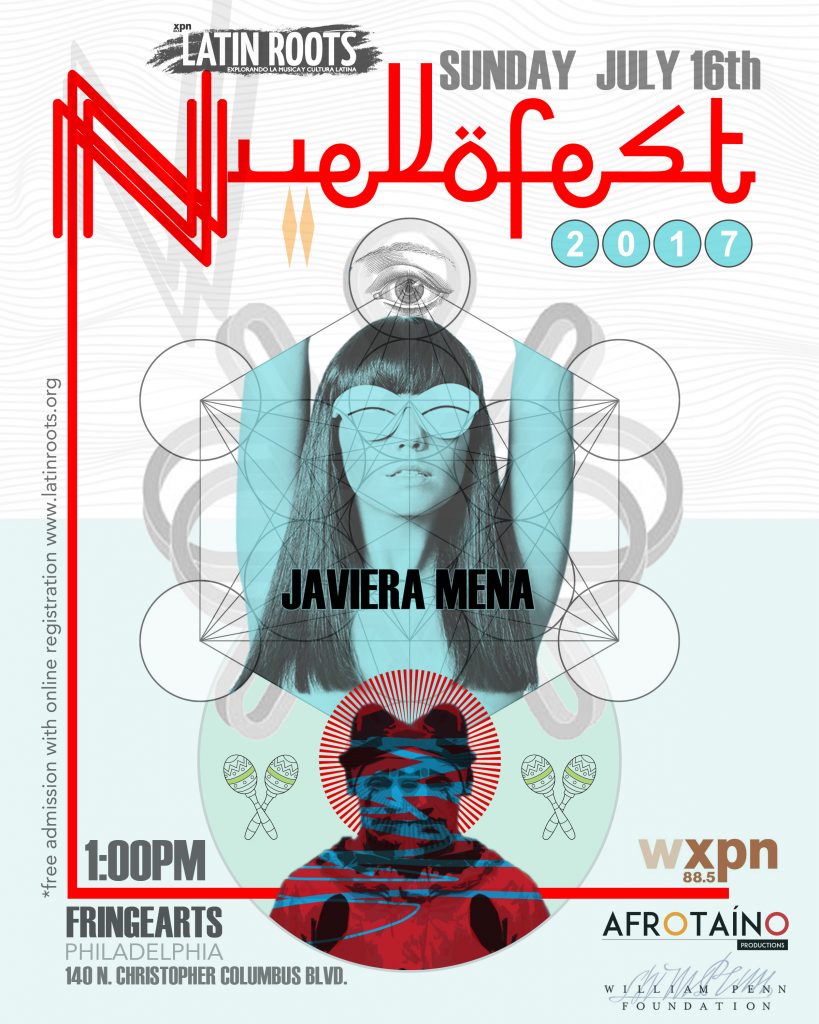